Blockchain technology giant Ripple announced that it appointed Rosa Gumataotao Rios, the 43rd U.S. treasurer under former President Barack Obama, as a member of its board of directors.

What Happened: Ripple announced Tuesday that it appointed Rios to its board of directors and Kristina Campbell to the position of chief financial officer.

CEO Brad Garlinghouse said that he expects Rios to be valuable to the firm thanks to her “experience in the public and private sectors,” which he said is particularly important “as the industry works to define crypto’s future.” 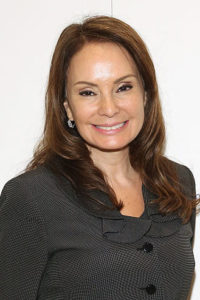 During her time as U.S. treasurer, Rios oversaw all currency and coin production activities with almost 4,000 employees and an annual budget of $5 billion.

“I’ve dedicated my career to financial inclusion and empowerment, which requires bringing new and innovative solutions to staid processes,” she said in a statement.

“Ripple is one of the best examples of how to use cryptocurrency in a substantive and legitimate role to facilitate payments globally. Blockchain and digital assets will underpin our future global financial systems. Cryptocurrency is the what. Ripple is the how.”

Campbell’s contribution is also important considering that she has “extensive knowledge and success building teams” after being the chief financial officer at financial technology firms PayNearMe and Green Dot Corporation, said CEO Garlinghouse.

The news comes as Ripple has been accused by the Securities and Exchange Commission of having launched XRP as an unregistered security.

The ongoing lawsuit has most of the crypto community holding its breath, with XRP’s price jumping tens of percentage points in a day when new motions are filed.

Benzinga does not provide investment advice. All rights reserved.