Can blockchain become a technology that benefits all of us, or is it destined to remain the preserve of profiteers and influencers? Here, a huge advertisement of the blockchain-based cryptocurrency Bitcoin is displayed near a train station in Tokyo. | Koji Sasahara / AP

There are many myths and misunderstandings about blockchain, the technology that underpins cryptocurrencies such as Bitcoin. This largely because many (not all) people who work in that space come at it either from a global capitalist mindset and/or some flavor of libertarian/anarchist mindset. They are seeking to politicize something which is after all just a technology, a tool, that can be used towards one set of ends or another. They want to monopolize this tool all for themselves.

Without getting into too many technical details, blockchain at heart is just the most recent iteration of an old methodology started by bankers in 1400s Italy, who found it was more secure and more resistant to bookkeeping errors to keep at least two sets of ledger books, copies of one another, in order to avoid typos and intentional altering of data by bad actors. So blockchain is just that, essentially, except not just two copies of ledger books, but potentially millions of copies, distributed across computers through the internet all over the world.

And that is really about it—blockchain is just the latest way to avoid fraud and accidental data entry errors by keeping duplicate records. The political aspects of blockchain technology are basically “baggage” brought into it by people with their own agendas, and have nothing to do with the technology itself, which, again, is basically just a computerized form of keeping duplicate records in order to enhance security in recordkeeping.

There are many legitimate uses for this technology. Companies can use it to keep track of inventory and supply chains to reduce costs and avoid errors and waste. Blockchain can also be used to create very ambitious multi-player online games because, as even the casual gamer knows, it is often easy for a bad actor to exploit a vulnerability in a game to win prizes, points, etc. for themselves at the expense of the other players (a situation that was parodied in the South Park episode, “Make Love Not Warcraft”). Blockchain makes cheating in a multi-player online role playing game difficult or impossible to do, basically because it can make so many copies of the “inventory,” so to speak, of the virtual assets of each player such that no player can find an exploit which would alter this virtual “inventory” of in-game assets to their advantage.

Even states can use blockchain to their advantage as well. Russia, for instance, has a plan in the works to issue a digital version of the ruble underpinned by blockchain technology, with the goal of making fraud and counterfeiting virtually impossible.

So there are many perfectly legitimate uses of this technology which have nothing to do with private individuals or corporations issuing their own wholly unregulated “currencies,” a scheme which hearkens back to the “robber baron” days of the 1800s where there were no regulations on companies issuing stocks or “company currencies” and so fraud ran rampant, mostly at the expense of working people, even worse in some ways than it is today.

Today’s trend of social media “influencers,” such as Kim Kardashian, issuing their own “pump and dump” cryptocurrencies—they “talk up” the price of an asset, only to sell it at the top, leaving everyone else, namely, their followers on social media, holding the bag—is sadly, I think, the end, logical result of the Reagan-Thatcher deregulation era that began in the 1980s. When government abdicates its responsibility to protect people from the excesses of predatory capitalists, it is no surprise that today everywhere one looks on social media there is yet another fraudulent digital “currency” being shilled by some social media “personality” or other. Of course, certainly not all social media influencers are unethical, but as is often the case, sometimes it is the unethical ones who seem to get the most attention.

Widely-used public, open-source blockchains, such as Bitcoin or Ethereum, can be viewed essentially as public commodities, subject to sensible regulation just like any other commodity to protect the public from fraud. Ethereum can be used as a platform to build other applications (such as the above-mentioned example of games), and Bitcoin can be seen as a sort of “store of value” type commodity not too different from precious metals. USDC is a “stable coin” built on Ethereum technology whose value is pegged to the U.S. dollar. I can see a (properly regulated) version of USDC becoming a sort of “digital dollar” similar to the above-mentioned “digital ruble” that Russia is planning.

These things are not good or bad in and of themselves; it is a question of how they are used. Properly regulated, blockchain can be used to the benefit of society, but improperly used, it will only serve to benefit the scam artists and profiteers who can monopolize control of it.

A key component of the concept of socialism is the notion of centralization of the means of production. Technology in general—including computers, the internet, and blockchain—are all types of means of production, that is, they are all tools that help to create economic output. Blockchain is not so unique a situation; it is simply another tool that can be used for the benefit of all, or for the benefit of the few at the expense of everyone else.

There are also environmental concerns which are a little technical to get into, but basically there are better and worse ways to go about securing blockchain networks. The wrong way is a family of algorithms called “proof of work,” which is very electricity-intensive and thus can contribute to ecological destruction and climate change. A less electricity-intensive family of algorithms that can alternately be used to secure blockchain networks is called “proof of stake,” which from an ecological perspective is preferable but it too has issues regarding fairness in terms of what actors are allowed a “stake” in the network, which is a little beyond the scope of this discussion. There are other alternative methods out there under research as well, so a future challenge of blockchain technology is to find ecologically responsible and economically equitable operating procedures and algorithms which can be used for securing the blockchain networks.

Used properly, blockchain can be a useful mechanism to eliminate fraud in general, be it financial fraud such as counterfeiting, inventory-related fraud in corporations (embezzlement, “cooking the books”, etc.), and even fraud in online gaming, and it can be used to create many applications that can enhance human life. Used improperly, blockchain can be a disaster for the environment and unleash financial malfeasance which harms working people at levels not seen since before President Franklin D. Roosevelt’s banking regulations were put into place to stop some of the extremes of capitalism that led to the Great Depression.

We are at a critical juncture at this time as to which way things will go with this technology. Socialists and progressives generally should advocate for strong oversight and regulation of blockchain technology to ensure it is used to benefit all of us, and not just a handful of unscrupulous financiers and social media influencers.

Francis Erdman works as a technical support engineer for a cryptocurrency company.

As with all op-eds published by People’s World, this article reflects the opinions of its author. 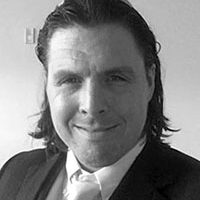